Lotusland was voted one of the 10 BEST Gardens in the World!


Flying Through Lotusland from Lotusland on Vimeo.


Madame Ganna Walska, a well-known Polish opera singer and socialite, purchased the estate in 1941 and spent the next 43 years creating Lotusland, which is now recognized as one of the ten best gardens in the world. The spectacular collections of exotic plants throughout the 37-acre property are a very personal expression of Walska’s penchant for the dramatic, the unexpected, and the whimsical. Lotusland is home to several extraordinary plant collections and around each corner there is the unexpected – a surprise of unique garden design and plant species. After her death in 1984, Lotusland became a nonprofit botanic garden and opened to the public in 1993. Our educational programs serve the Santa Barbara community and our innovative horticultural practices are shared with botanic gardens and garden-lovers around the world. 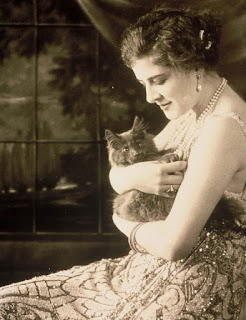 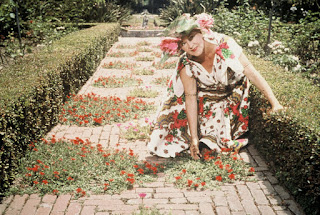 Perhaps only in the climate and culture of southern California could such a creation have been conceived and accepted, a fantasy of remarkable set-pieces of design and planting quite unlike any other garden. The living architecture of palms and succulents is juxtaposed with exotic hard landscaping using a remarkable range of materials from volcanic scoria to green glass diamonds and abalone shells; theatrical both in intent and in execution. 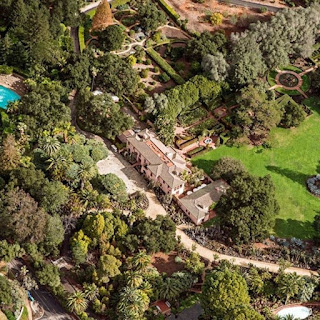 Lotusland features an enormous diversity of exotic plants from around the globe arranged 25 gardens, each distinctive in design but beautifully transitioned to make a seamless passage through fanciful displays premised on elaborate themes. 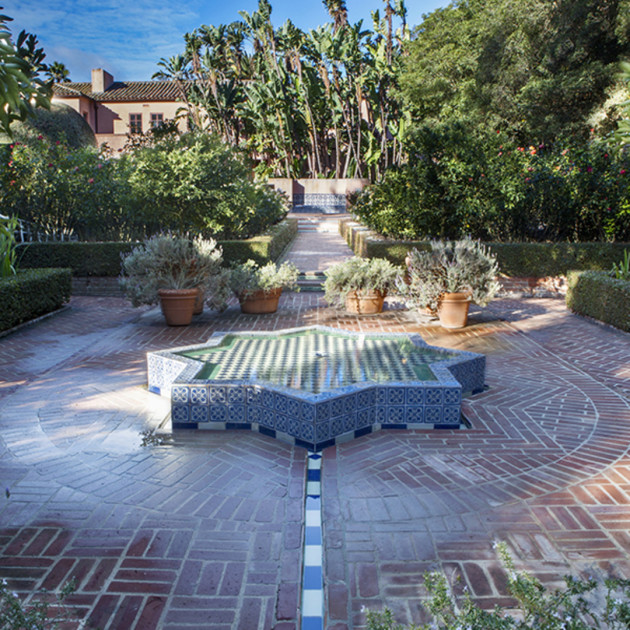 It is home to several extraordinary collections including rare cycads, cacti, palms and euphorbias. Additional gardens feature ferns, aloes, lotuses, water lilies, bromeliads and our newest additions, the palmetum and insectary garden.  Theme gardens include the blue garden, theatre garden, and a Japanese garden. Other classic features are a topiary garden, horticultural clock, Neptune fountain, parterre and hedged allées. Docent-guided tours are available at 10:00 AM and 1:30 PM, Wednesday through Saturday, between Mid-February Mid-November. Adults $45 ages three to 18, $20; two and under, free. Reservations are required and may be made by calling 805-969-9990. Directions to Lotusland will be mailed with your tour confirmation. 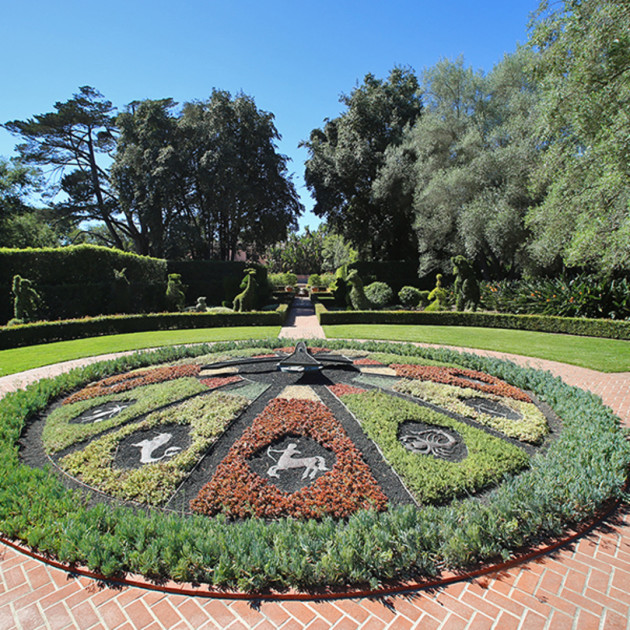 Topiary Garden with Floral Clock: At the time it was create, the working Floral Clock was the largest in the world   |  Image by: Garden Design Magazine

“Evidence of Walska’s art is everywhere — in surprising juxtapositions of form and playful shocks to our expectations. But Lotusland’s garden is not simply an eccentric fantasy, any more than ‘Alice in Wonderland’ is just a children’s book. For Walska, plants were more than plants; they were colors to paint with, a family to nurture, characters to direct.”   - Los Angeles Time

Looking for an architecturally significant home and Montecito lifestyle?