What's a Cape Dutch-Style Home? Why are there only 2 for sale in the Entire Country? We thought we’d seen everything. But when a luxury listing in Montecito, CA, splashed onto the market with a flourish of curved gables and a bright white exterior, we were immediately enchanted.
We fell in love with Cape Dutch architecture, a style born in South Africa but almost unheard of in the U.S.
When we scanned over 2 million homes currently for sale, we spotted only two Cape Dutch–style homes on the market. In the entire country. There’s the Montecito mansion and an estate in Fairfield, CT, which offers a broader interpretation of the rare style. We had to know more! 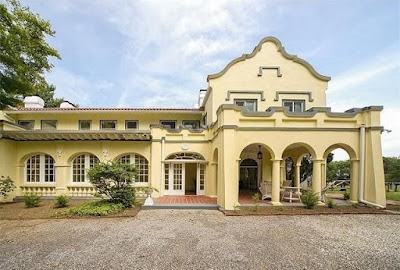 Fairfield CT | realtor.com
When we spoke with an expert, he wasn’t shocked by the scarcity.
“I’m surprised that you came up with that many,” says Bobby McAlpine ofMcAlpine, a Montgomery, AL–based architecture and design firm with offices in Nashville, Atlanta, and New York City. He loves the Cape Dutch’s fanciful style and has designed five true Cape Dutch homes as well as many more that sampled some of the style’s signature features.
“It’s infectious,” he says.
Cape Dutch was a popular Afrikaner architectural style in the 17th century, when Dutch settlers colonized the western cape of South Africa. The style is best defined by its grand and ornate rounded gables. The houses usually are H-shaped with thatched roofs and a whitewashed exterior. 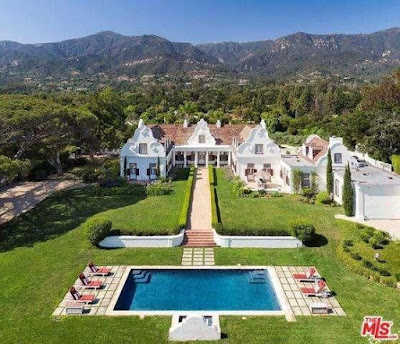 
Cape Dutch homes also feature rows of wide windows with mahogany shutters on the bottom and open on the top, a plantation convention that let sunlight stream in, but kept out the dust and curious eyes common on a working farm.
McAlpine loves the “exuberant curvature” of the Cape Dutch gables, made from brick forms covered with plaster, which he calls a “naive rendition” of stone-carved baroque ornamentation.
“It’s like a cake maker made them instead of a limestone mason,” McAlpine says.

Constantia, the Montecito estate true to the Cape Dutch form, was recently listed for $18.5 million. The home is located in “Billionaires’ Row,” an exclusive area with mountain and ocean views, and is on the market for the third time in six years. The current owners, “Legally Blonde” author Amanda Brown and her husband, real estate investor Justin Chang, bought it—without a kitchen—in 2014 for $16.8 million. 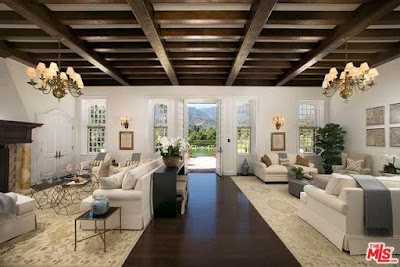 “It’s only steps to the shops and restaurants in our upper village, so eating out was quite convenient,” says Dina Landi, managing partner of Riskin Partners, which is co-listing the property with Hilton & Hyland.
Brown and Chang installed a chef’s kitchen, mud room, and media room, thus the nearly $2 million price hike. But what we suspect will attract buyers most is the home’s rare style.
The original owner built the Cape Dutch house in the 1930s because the 3.5-acre lot “reminded him of Cape Town,” Landi says. “It’s always been a very special property. People are blown away.”
The 10,354-square-foot home features six bedrooms, six bathrooms, three half-baths, a reflecting pool in front, and a swimming pool in back. The roof is made of clay tile. 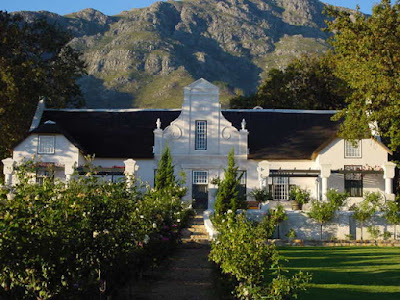 
McAlpine says Constantia is “a very good and literal example of Cape Dutch.”
“The front looks like a fancy lady’s hair comb,” he says. “It has the steepness, exuberance, coloring, and posturing that exists in that architecture.”
The interior also stays relatively true to the Cape Dutch style, whose palette is typically limited to browns and whites. Inside Constantia, you’ll find dark-stained, exposed beams on white ceilings, and dark, built-up, arched trim on doorways.
Its biggest nod to contemporary design is its white kitchen, which “would never have been that bright” in original Cape Dutch architecture, McAlpine says.
Bright kitchen or not, we’re crazy for Cape Dutch style and we’ll be keeping an eye out for more homes that hew to this ornate and rare style.

Looking for an architecturally significant home and Montecito lifestyle?