Shape Up Your Wake Up

Going out for breakfast used to be a rather predictable affair, but lately chefs have been ditching the two-eggs-plus-two-bacon-strips-plus-two-pancakes formula for something much more exciting, and diners are catching on. "In America, we are strong on going out for dinner," says Recipes Organic Bakery (myhomerecipes.com) owner Michelle Arntz, who married into an Australian family and has been visiting that country for more than 20 years. "But in Sydney, the culture is going for breakfast, and not just on weekends - every day."

For years, whenever Arntz traveled to Sydney, she studied breakfast menus and ate beautiful, original dishes. Inspired to bring the robust breakfast culture of Australia back to her home in Santa Barbara, Arntz opened Recipes Organic in 2012 in an Old Victorian house she bought on Santa Barbara Street. Today, the cafe features organic organic, source-conscious dishes not found anywhere else, such as her Sweet Corn Veggie Fritters and Pineapple Ricotta Pancakes with cream and toasted coconut. 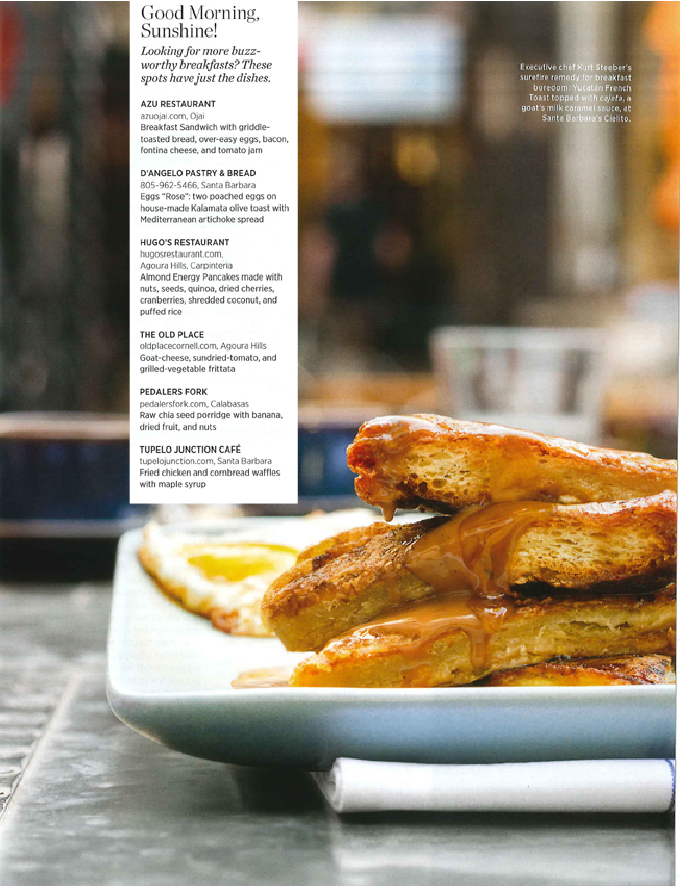 Tired of the blue plate special? These inventive dishes make it easier than ever to rise and shine.
Taste Food | By Jaime Lewis | Photograph by Gary Moss 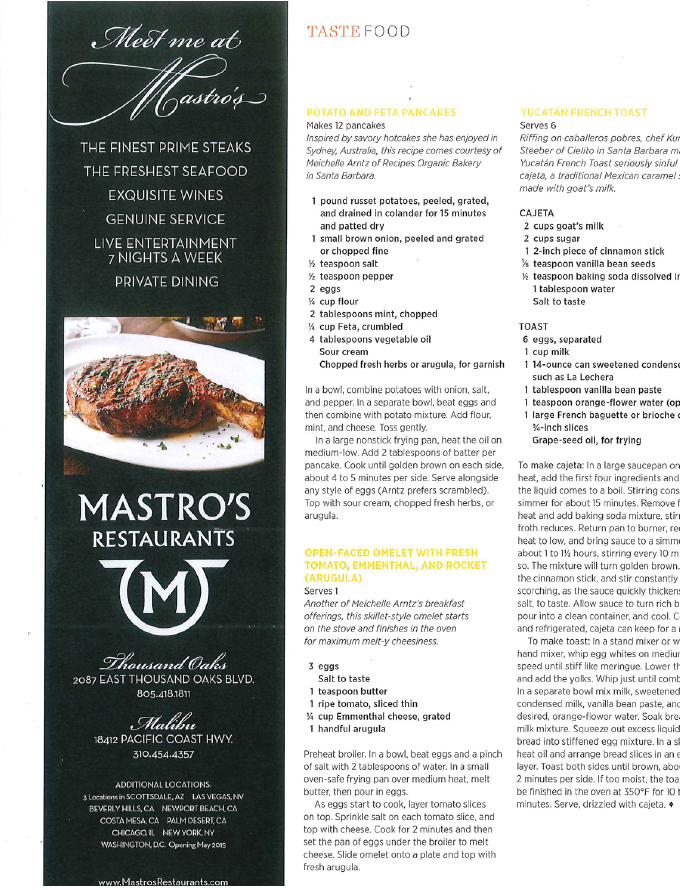